Eight years ago on January 10, 2009, we delivered the first release of our scanning program Scanitto Pro. In the intervening years, the program has evolved dynamically in response to new scanning requirements:
Scanitto Pro has learned how to recognize texts and to create multi-page PDFs; the program interface has been improved multiple times; it has become more user-friendly and convenient; thanks to its users, new interface languages have been added to the program; we have improved its compatibility with Canon, Fujitsu and Kyocera scanners, plus many, many other improvements.

We have a huge number of ideas in store for how to make Scanitto Pro even better, and we're working on them ceaselessly!

We are grateful to all of you, our users, for being with us!
And if you aren't using Scannito Pro for scanning yet, today is an excellent opportunity to get Scanitto Pro at a 65% discount 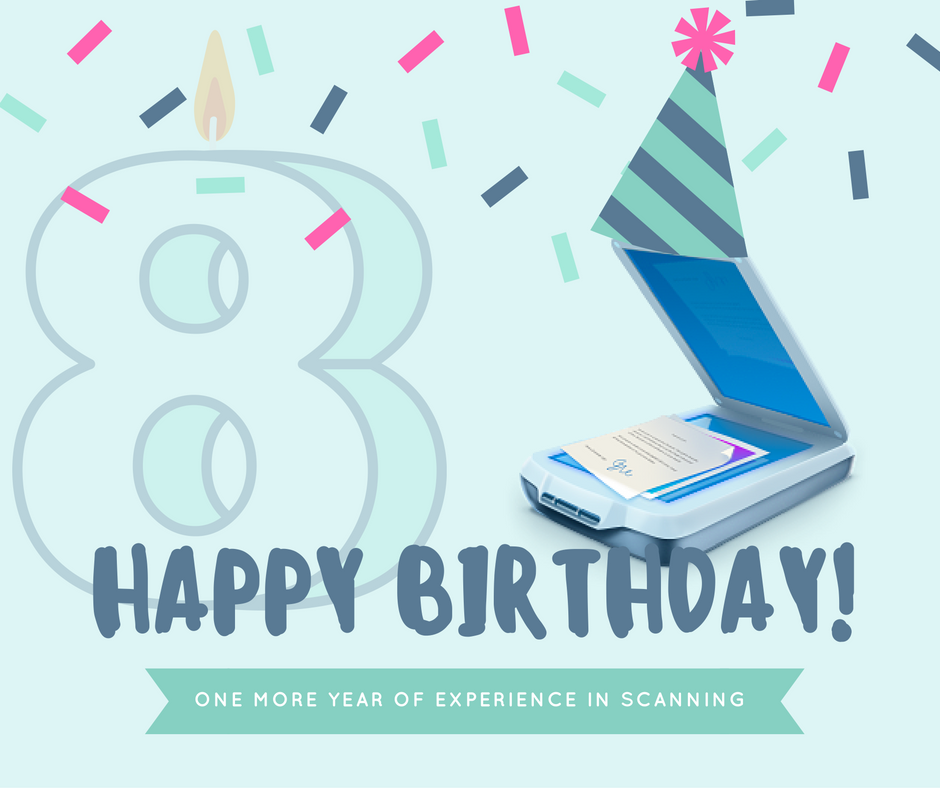